PARZIN became a member of the Iranian Steel Association 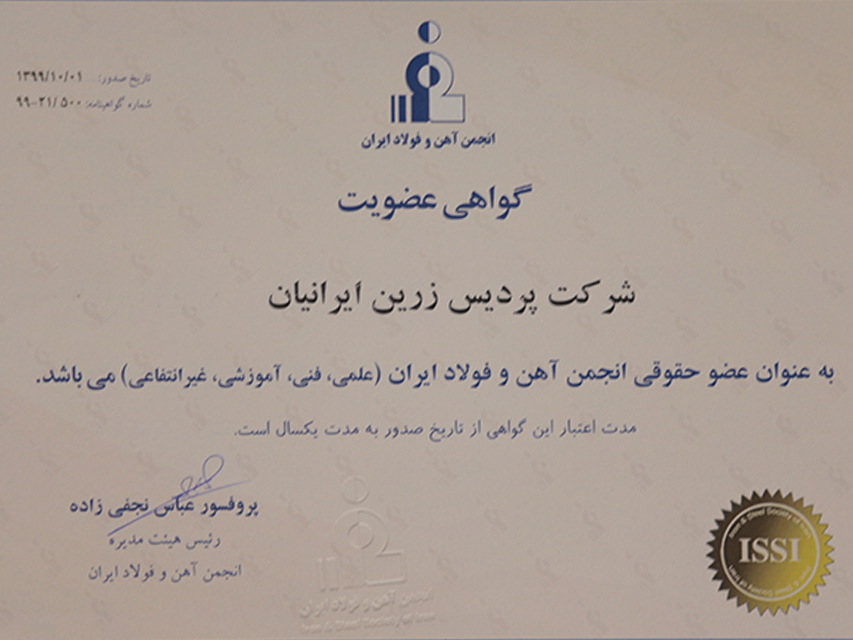 Pardis Zarrin Iranian Company (PARZIN) officially became a member of the Iranian Iron and Steel Association. This association is a scientific organization and is considered as one of the links in the chain of sustainable development of Iran’s steel industry in order to help improve knowledge in the country’s steel industry and also in the relationship between professors, researchers and experts in the steel industry, public and private. Operates in 1999.